The Cult of Technology

We live in the aftermath of the Scientific Revolution. The impact it has upon us as people, sometimes is overlooked because we are so used to it. It was not long ago that people like you and I in society would refer to a holy book or a holy man of some sort for guidance on how the universe works, how we came to be in existence and so on. Such information was always tightly in the grip of a few and was arcane to the many, an example: The Bible being in Latin and the Vatican being the centre of control (For Catholicism).

(The symbol of exaltation displayed by both a priest of St. Thomas’s church and Steve Jobs of Apple but revering different things.)

Religion was not just about giving us answers but giving us direction on how to live. Not so different to how Apple created a cultural movement around beautiful, functional technology working as a integral part of our lives helping us be the best we can be.

It is now Science’s role to tell us the secrets of life. In a great many ways this has been liberating – being told information based on fact backed by scientific method — but in other less apparent ways, it has been made things more complex. Now the world is of full of credible looking pseudo-science, using the language and customs of legitimate science to win our trust. Things like miracle cancer treatments, legitimising chemicals in our food/air/water, climate change denying, the list is endless and all cite scientific validation.

Mainstream science can be incredibly dogmatic and unyielding, forcing us to adhere to their doctrines despite the fact they may be wrong or in flux. A few years ago if you said that you believed in aliens, you would have been labeled a lunatic. Nowadays we have the SETI array (Search for Extraterrestrial Intelligence) and celebrity scientists such as Steven Hawking and Michio Kaku gladly talk about them. Hawking has gone as far to suggest a race of viscous space predators might come to devour us if we are not careful.

(A hungry xeno bug army, like this one from Starship Troopers could be on their way right now.)

Scientists’ words carry weight, if a prominent scientist tells us something, we are expected to listen and add their learnings to our personal truths, changing the way we see the world regardless of if we understand it. When these theories change, so must our ideas. With the internet, these new ideas circulate and are assimilated into our minds across the globe incredibly quickly, which can lead to misinformation through misunderstanding or plain rejection.

This passive acquisition of knowledge sets a incredibly dangerous precedent.

Thanks to Division of Labour in our society, we can all focus on our individual tasks and enjoy the benefits of all the specialised items we could never individually create, things such as electronics, cars, coffee machines, heating systems and more. The world is full of specialists. As a filmmaker, I use a camera but I could never build one because I have no idea what’s inside one nor how to program the software. I rely on many companies and hundreds of thousands of individuals to make me my camera so I can create the films they in turn, like to watch.

The Flat Earth Society has accrued a lot of notoriety and media attention when it was founded. A lot of people laughed at them, memed them and dismissed them as crackpots. However one fundamental aspect of their point was missed. They are not completely wrong or crazy.

You can read in a book or online that the world is round, but have you checked it yourself to see if its true? The fundamental point is we are expected to believe so much with no ability to check if these facts are true. While some might seen obvious, other facts can be obscure or challenging to absorb at face value.

(Gravity Map of Earth. The earth is actually bumpy sphere not a perfect sphere)

When one considers that few people know the actual size of their own countries in comparison to others because of practises of map making. It is not a surprise to have suspicions in other areas.

When we look at nutrition, at how we justify adding hormones to meat. If we look at Fukushima and Japan’s lack of acknowledgement of radiological contamination. If we look at climate change. All these aspects paint a worrying picture, because most of us have no experience researching any of these points and trust others to do it for us. Worse, we have to somehow navigate conflicting ‘research’. Would you eat a fish off the coast of Fukushima if a scientist said it was safe? Do you believe in human induced climate change? Do you trust your drinking water?

[Lobbyist Claims Monsanto’s Roundup Is Safe To Drink, Freaks Out When Offered A Glass] 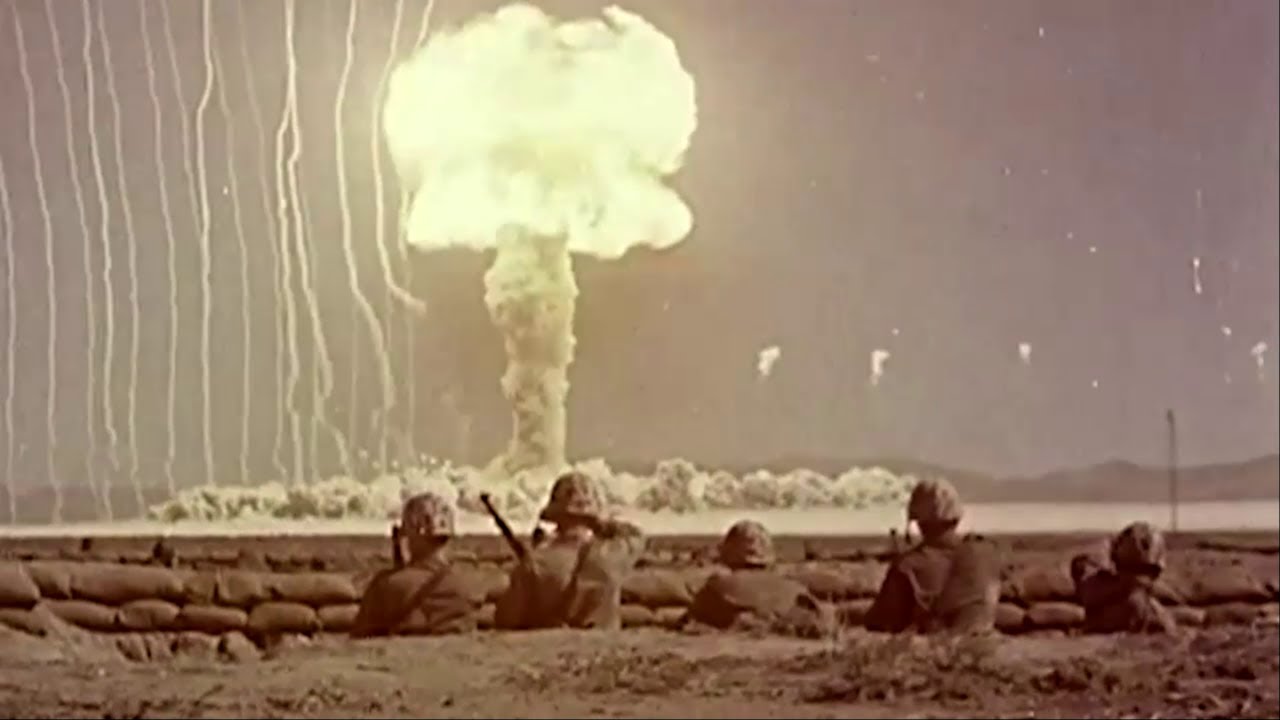 (Soldiers in this picture during a atomic tests were exposed to radiation in the line of duty.  They would not have been aware of the risks.)

Science is a realm in flux, as we learn so does our perception of reality change but when we subcontract knowledge to a specialised community, once priests and now scientists. We are putting a lot of trust into the hands of a relatively small community of people with their own interests, needs and limitations.

Not many people understood more than the Hacktivist Aron Swartz about the corruption of science to serve corporate and government interest. A young visionary from M.I.T was fascinated with ‘Big Data’ – essentially analysing vast amounts of data looking for trends. He found that many academic and scientific papers accessible from university libraries regarding climate change denial were created by scientists funded by oil companies and such information was not explicitly clear. Most people don’t have Aron Swartz’s technical skills and awareness, so we go by trust. We believe in the information presented to us. Unfortunately Aron Swartz’s quest to liberate knowledge ultimately cost him his life as it inevitably brought him into conflict with the United States Government.

We only have to look to China where it is possible for a scientist to pay to be published, that we see that the world of science is increasingly a place where truth is obscured by the same vices that befell the pure concept of religion. Greed, power and corruption.

The lab coat has become the official robes of a new religion but the final destination of this new religion and how it will impact us, has yet to be seen.

Further Reading and Sources.
As always, question everything. Leave the ego behind and empower yourself with knowledge as it’s your time on this Earth and your decisions shape it.

The New Yorker, Mistrust of Science.

The Guardian, Publish-or-perish: Peer review and the corruption of science.

Union of Concerned Scientists: How Corporations Corrupt Science at the Public’s Expense.

The Guardian, Before You Read Another Health Study, Check Who’s Funding it.

The Guardian, Work of Prominent Climate Change Denier Was Funded by Energy Industry.

The Guardian, ‘Nothing to worry about. The water is fine’: How Flint Poisoned Its People.

One thought on “The Millennial Religion”